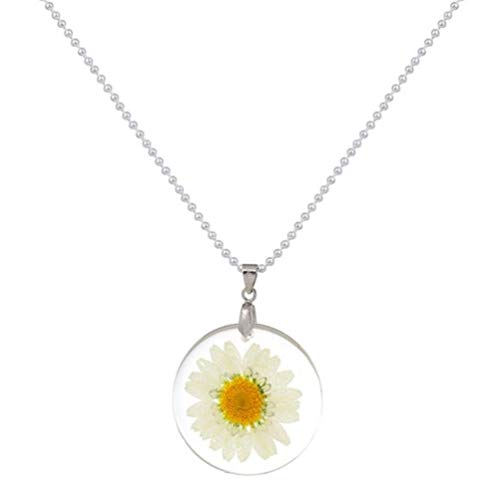 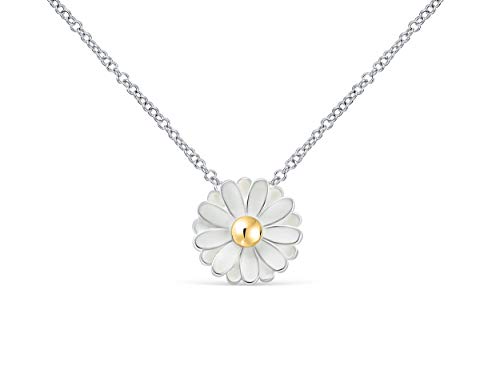 Price for one necklace 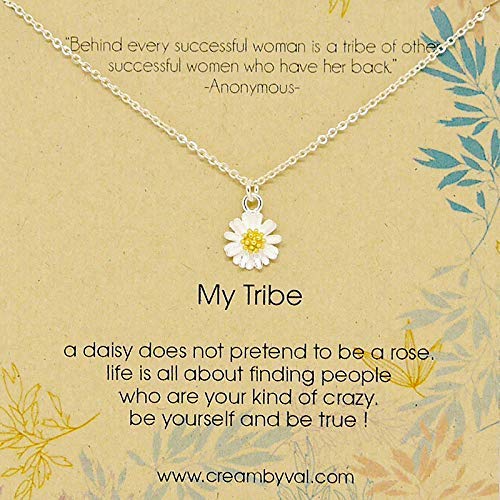 My tribe necklace is a perfect best friend gift to celebrate your friendship with your tribe ! Wear this silver daisy necklace as a reminder to be true and be yourself ! You will find your tribe; your kind of crazy. Show your love to your bff, bridesmaids and sorority sister with this gorgeous necklace. Handcrafted in .925 sterling silver (925 Sterling Silver are genuine, not plated over base metals). Size of daisy: 0.9cm x 0.9cm. All items arrived ready for gift-giving. **Kindly take note that to maintain the gold plated longevity, do avoid swimming, bathing, exercising with your jewelry. 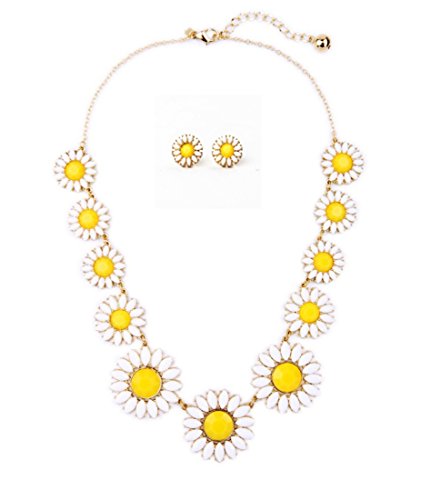 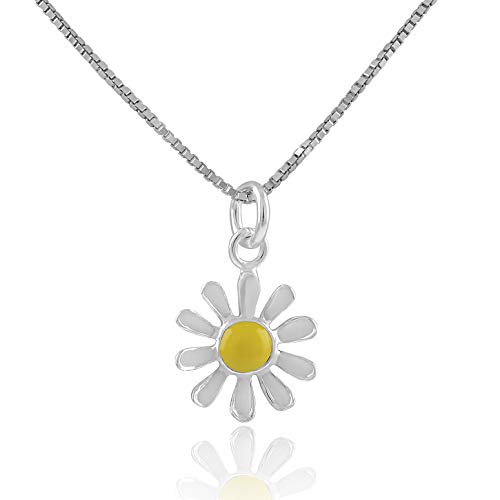 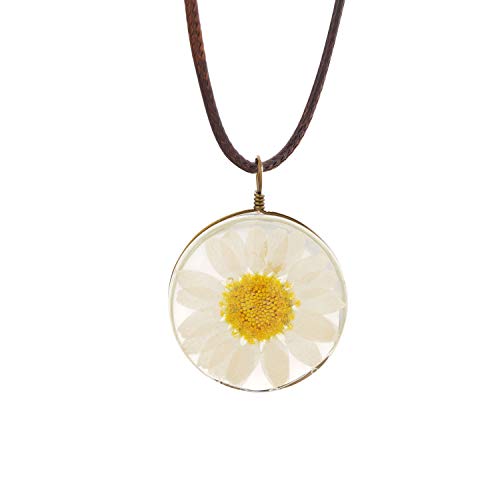 ❀In Norse mythology, the daisy is Freya's sacred flower. Freya is the goddess of love, beauty, and fertility, and as such the daisy came by symbolize childbirth, motherhood, and new beginnings.❀They also mean chastity and transformation because of the Roman myth of Vertumnus and Belides. Vertumnus, god of seasons and gardens, became enamored with Belides, a nymph. He continuously pursued her, and in order to escape his affections she turned herself into a daisy. Daisy's scientific name Bellis, stems from this story.❀Daisy's are composite flowers, meaning that they actually consist of two flowers combined into one. The inner section is called a disc floret, and the outer petal section is called a ray floret. Because daisies are composed of two flowers that blend together so well, they also symbolize true love.❀In the language of flowers, this simple daisy flower means innocence in the Victorian Language Of Flowers. Whether you want to communicate in this secret language to another, or give a nature lover the perfect reminder of whimsical daisies in summertime, this real daisy pendant is a perfect gift. 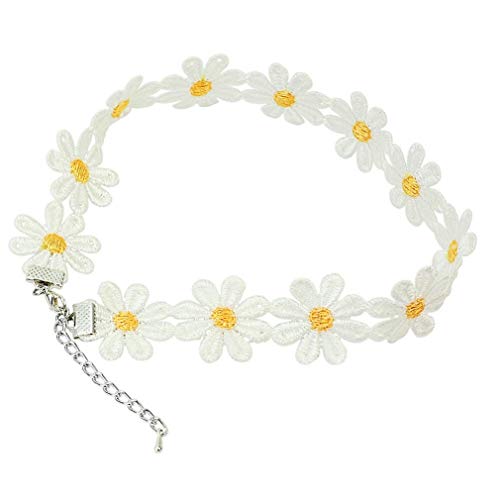 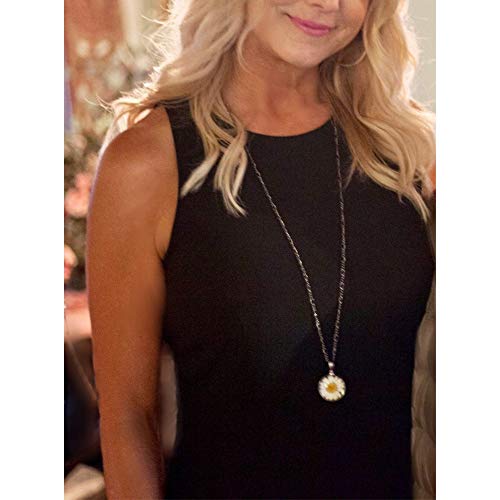 *Ready to ship *Pendant : 1 3/4" x 1" (44m x 25m) *Chain: Fully adjustable figaro chain up to 28" length. (71cm) Great gift for the flower lover, the naturalist, the gardener. All natural, no dyes or preservatives. Real dry pressed daisies are encased between real glass cabochons. Is not resin, glass will not yellow with time. The photographed item is a representation of what you will receive. As with all handmade, no two are ever exactly alike thought I strive to make them so. See last photo above. Process: I encase real flowers, nature's offerings, vintage or antique findings and encase them in glass. I then wrap with copper and using the Tiffany Technique, I free form hand solder, apply a copper or black patina for darkened luster and lastly apply a hand buffed polish. Each piece of jewelry is handmade by me in my little studio on the bayou. 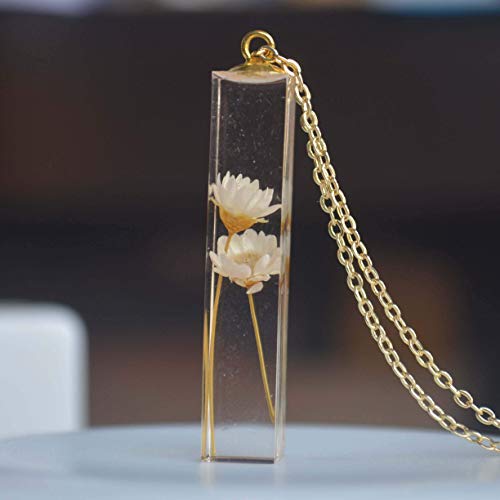 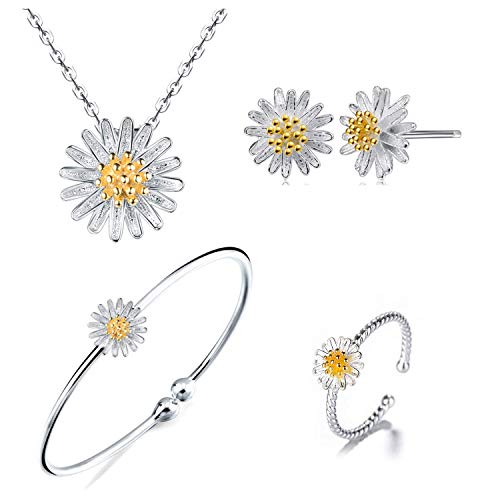 I's Jewelry Design is jewelry network marketing company founded in California. Necklace Chain about 16" inches. Also Have about 2" inches extended. It's an excellent gift for anniversaries, graduations, birthdays, or just as a surprise to remind that special someone how much you care. 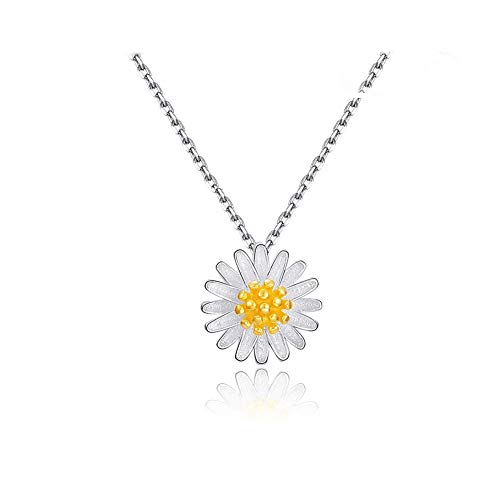 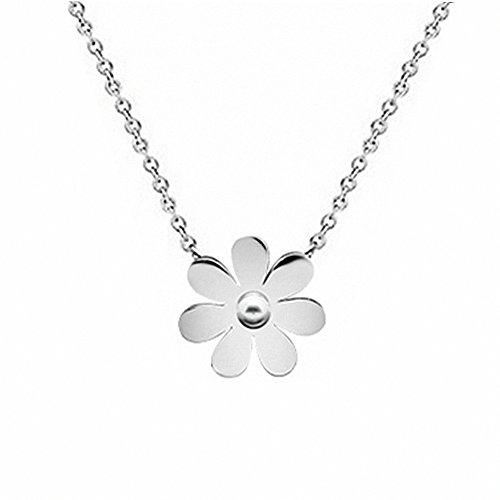 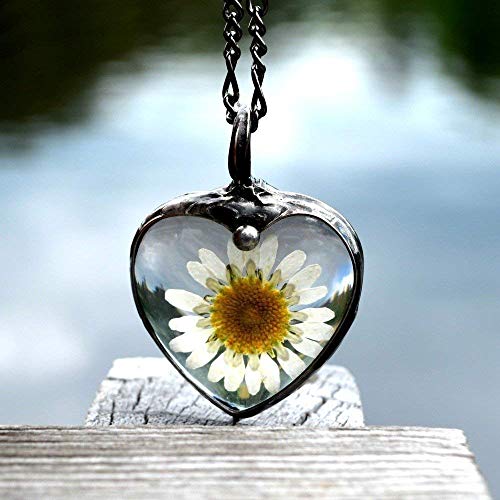 How does one carry a piece of nature with them daily? Like this. Forest floor jewelry I make from findings such as moss, leaves, feathers, dried flowers and even insect wings. All are dried naturally. I do not use dyes or chemicals. I then encase them in glass and make them wearable necklaces, earrings, and bracelets. Details: Daisy heart pendant: 1 1/2"h x 1 1/4"w (38mm x 31mm) Comes with fully adjustable 28" figaro chain. Please note that the photographed item is a representation of what you will receive. Every piece is handmade by me from inception to finished product. No two are ever exactly alike. Please check out my happy reviews from prior customers. 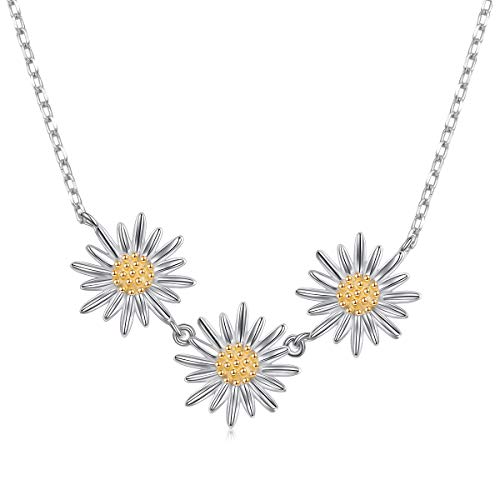 ♥Harmony Jewelry Company♥ ♥Harmony Jewelry is a famous jewelry brand . We provide best service include 24 hours response. If you have any question please contact us without hesitate. We will try our best to solve your problem. ♥Please take care about the jewelry size when you purchase. Usually the sterling jewelry is smaller than the brass or alloy jewelry. Polishing cloths are an excellent choice for cleaning your sterling silver jewelry if oxidized and black. ♥Welcome any test of our jewelry. ♥Caring for Your Sterling Silver Jewelry♥ ♥Silver should not come into contact with harsh household chemicals such as bleach, ammonia, or chlorine. ♥To avoid scratches, store silver in a lined jewelry box or pouch, as it is prone to tarnish as it naturally reacts with sulfur or hydrogen sulfide in the air. ♥Cleaning and wearing silver jewelry regularly will prevent this and help maintain its shine. Immediately upon noticing any discoloration, use a gentle polish made specifically for removing tarnish. 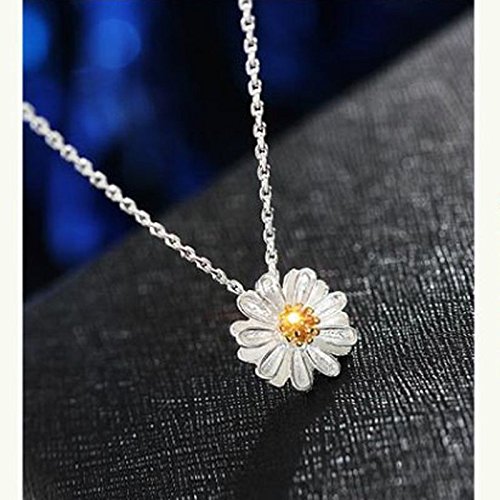 Note: Due to the light and screen difference, the item's color may be slightly different from the pictures. Please make sure you don't mind before you bid. 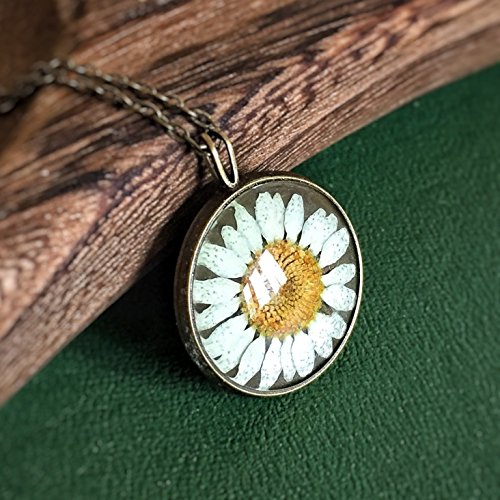 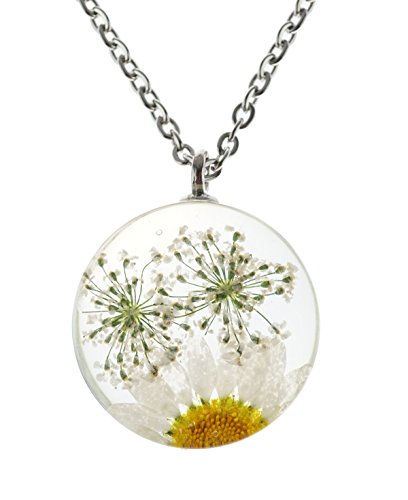 This is a handmade custom-made dried flower necklace glass ball pendant clavicle accessories, is a very beautiful and unique necklace, not only comfortable and lightweight, but also a perfect gift for young women and girls. Suitable for special occasions, but it also applies to every other day! 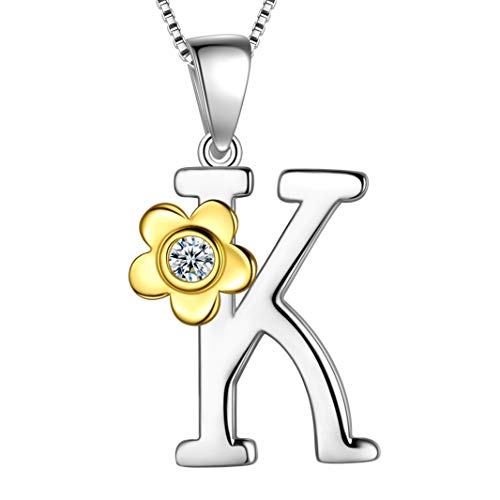 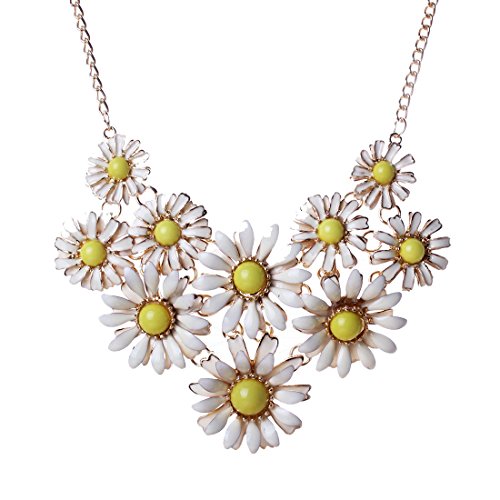 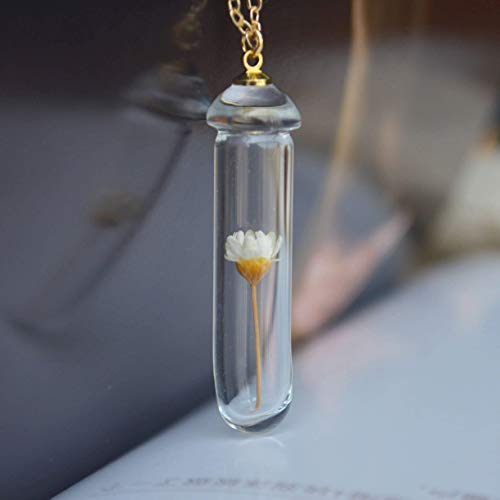 Friendship Bracelet Tutorial - Beginner - The Daisy Chain Lets me show you how to make a free br...

Use 8/0 Miyuki Seed Beads and 4mm pearls or 4mm fire polish beads to create a simple easy to wear...

http://www.beadsunlimited.co.uk/ make a continuous daisy chain necklace. Jane uses some of our va...