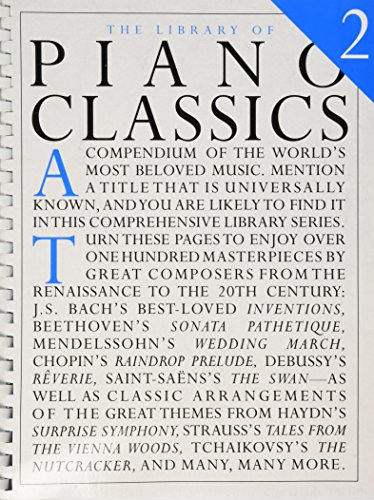 The Library of Piano Classics 2

The Library of Piano Classics

(Music Sales America). A second collection of the world's best beloved music, over 100 masterpieces by great composers from the Renaissance to the twentieth century. Over 100 works, including Bach's Inventions , Mendelssohn's Wedding March , the theme from Tchaikovsky's The Nutcracker , and many more. 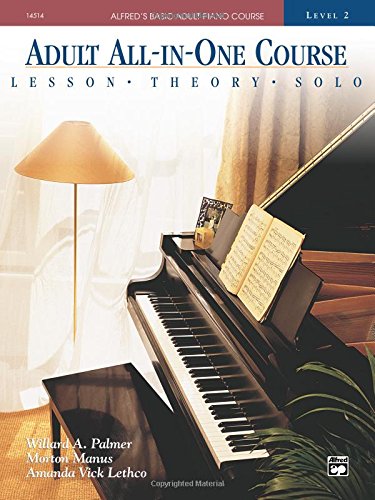 Alfred's Basic Adult All-in-One Course is designed for use with an instructor for the beginning student looking for a truly complete piano course. It is a greatly expanded version of Alfred's Basic Adult Piano Course that will include lesson, theory, and technique in a convenient, "all-in-one" format. This comprehensive course features written assignments that reinforce each lesson's concepts, a smooth, logical progression between each lesson, a thorough explanation of chord theory and playing styles, and outstanding extra songs, including folk, classical, and contemporary selections. At the completion of this course, the student will have learned to play some of the most popular music ever written and will have gained a good understanding of basic musical concepts and styles. The comb binding creates a lay-flat book that is perfect for study and performance. Titles: Alexander's Ragtime Band * Arkansas Traveler * Ballin' the Jack * The Battle Hymn of the Republic * Black Forest Polka * Black is the Color of My True Love's Hair * Bourlesq * Brahms Lullaby * Bridal Chorus from "Lohengrin" * Calypso Carnival * Canon in D (Pachelbel) * Chorale * Circus March * Danny Boy * Dark Eyes * Deep River * Divertimento in D * Down in the Valley * Etude (Chopin) * Farewell to Thee (Aloha Oe) * ... 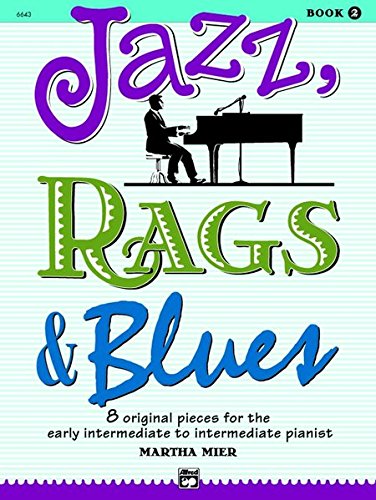 Jazz, Rags & Blues, Book 2 contains original solos for early intermediate to intermediate-level pianists that reflect the various styles of the jazz idiom. An excellent way to introduce your students to this distinctive American contribution to 20th century music. 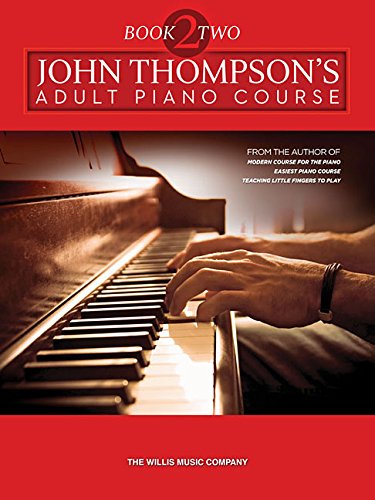 (Willis). NEW AND IMPROVED! Recently re-engraved and updated, John Thompson's Adult Piano Course was compiled with the mature student in mind. Adults have the same musical road to travel as the younger student, but the study material for a mature student will differ slightly in content. Since these beloved books were written and arranged especially for adults, they contain a wonderful mix of classical arrangements, well-known folk-tunes and outstanding originals that many will find a pleasure to learn and play. Most importantly, the student is always encouraged to play as artistically and with as much musical understanding as possible. The price of this book includes a unique code that provides access to audio tracks online, for download or streaming. The tracks include PLAYBACK+, a multi-functional audio player that allows you to slow down audio without changing pitch, set loop points, change keys, and pan left or right available exclusively from Hal Leonard. 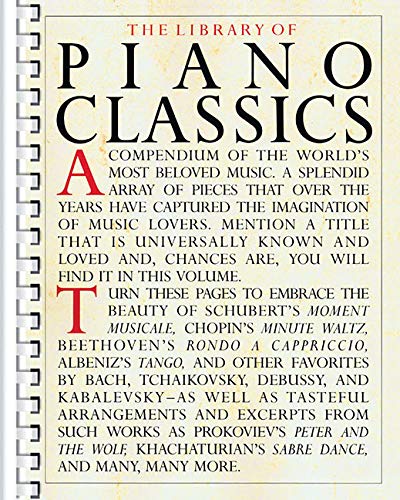 The Library of Piano Classics

The Library of Piano

(Music Sales America). A compendium of the world's most loved music. True to the spirit of the great composers, this volume fills the needs of students and teachers. Over 100 works, including Schubert's "Moment Musical," Chopin's "Minute Waltz," Beethoven's "Rondo a Capriccio," and much more. Spiral bound. 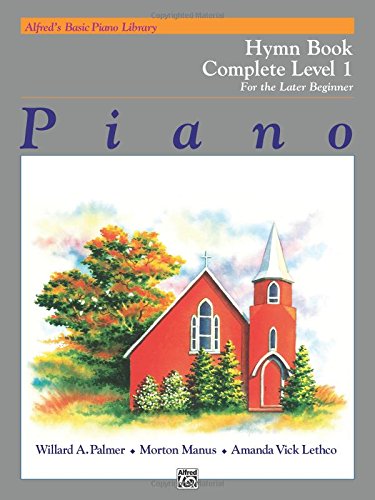 The Hymn Books contain the world's most famous hymns and are perfect for the student who enjoys playing sacred music. Duet parts are included in the first three levels. Titles: Abide with Me * All Through the Night * Amazing Grace * Crown Him with Many Crowns * Evening Prayer * Faith of Our Fathers * Father, in Thy Mysterious Presence * Forest Green * For the Beauty of the Earth * Gentle Jesus, Meek and Mild * God Is So Good * Holy Bible, Book Divine * Holy Spirit, Hear Us * I Am Bound for the Promised Land * I Surrender All * Jesus, Lord of Glory * Jesus, Lover of My Soul * Jesus Loves Me! * O Give Thanks to the Lord * Oh, How I Love Jesus * Oh Worship the King * O Store Gud (Melody of "How Great Thou Art") * Praise God, from Whom All Blessings Flow * Sun of My Soul * That Will Be Glory! * Winds Through the Olive Trees * Wonderful Words of Life. 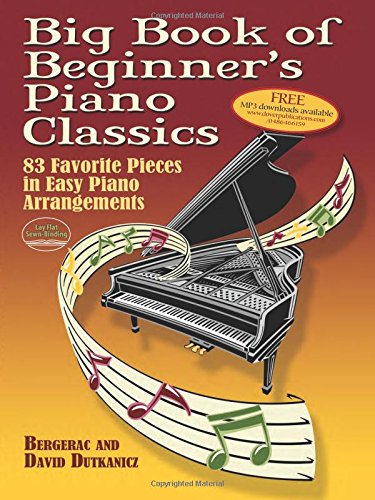 Beginning pianists of all ages will cherish this excellent compilation of beloved piano classics. Each piece has been carefully selected and simplified to help students develop their skills. The special arrangements also offer novices the pleasure and satisfaction of playing music that's usually beyond their grasp — and free MP3 downloads of each tune make mastering the music even easier.Some of the master composers are represented by several pieces each: nine works by Bach include Jesu, Joy of Man's Desiring; Mozart's Rondo alla Turca appears along with eight other selections from his oeuvre; seven by Chopin include Funeral March; the "Emperor" Concerto, Ode to Joy, and "Für Elise" are among the eight Beethoven features; and eight by Tchaikovsky include Dance of the Sugar Plum Fairy from The Nutcracker. Other well-known pieces include Hungarian Rhapsody No. 2 by Liszt, Brahms' "Lullaby," Morning Mood by Grieg, Haydn's "Surprise" Symphony, plus compositions by Schubert, Verdi, Debussy, Handel, Mendelssohn, and others. 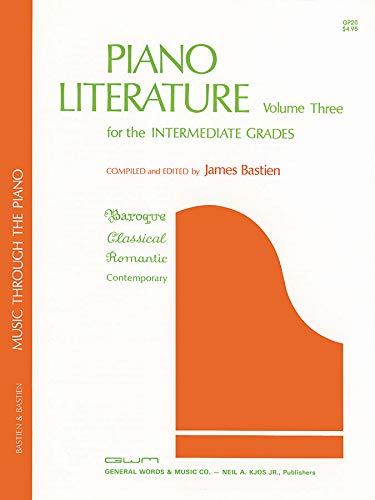 The compositions in this collection provide suitable material for study, recital, auditions, and musical recreation at the intermediate level. All selections are in original form and are set in approximate order of difficulty. 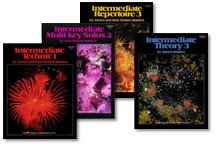 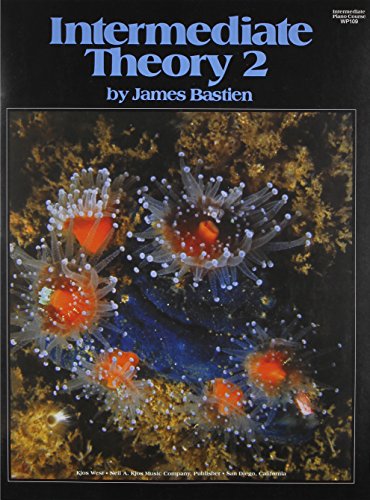 This video shows the 10 levels of difficulty in playing the piano. I played some studies, exercis...